LOS ANGELES-- On Sunday, November 3, over 50 U.S.-based groups and rights activists rallied in front of the Philippine Consulate of Los Angeles to protest an airstrike of civilian communities and the mass arrests of at least 57 human rights activists in the Philippines. They demanded that no U.S. tax dollars be used to proliferate human rights violations and other efforts to silence political dissent, which have become more frequent since Philippine President Rodrigo Duterte took office. 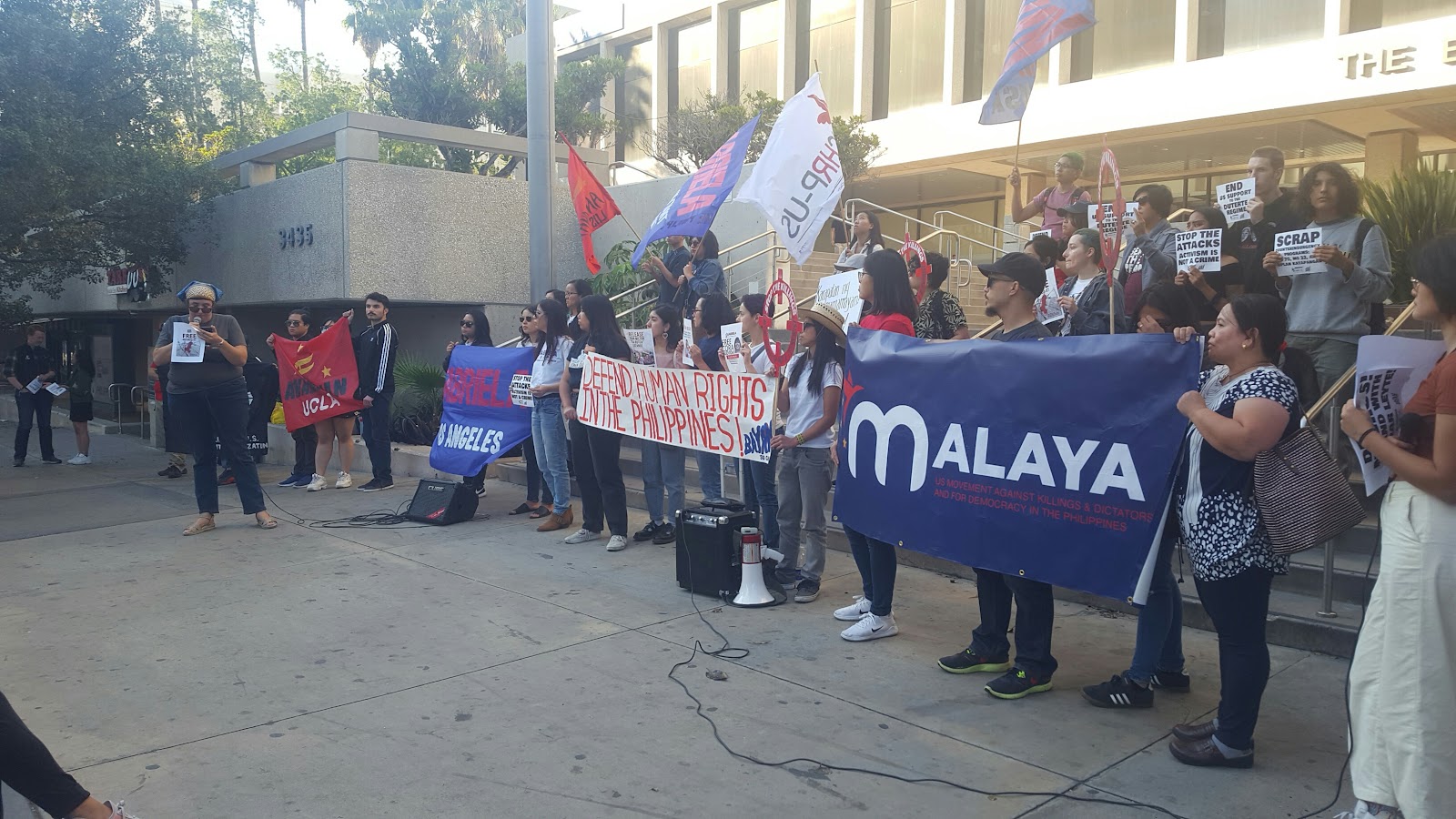 Joyous Prim, ICHRP US national officer, addresses the crowd with stories from a Church mission to Negros earlier this year.

Joyous Prim, National Officer of ICHRP US shared her firsthand account of meeting some of the leaders who had been arrested: "Two months ago, a delegation of human rights advocates and church people from here in Southern California visited communities in Negros where we met human rights activists who were selflessly living with and organizing for the rights of the sugar cane workers and farmers. We heard first hand accounts of extra judicial killings and saw the never ending text of death threats our host received. Claims that the arrest had to do with rebels entering Bacolod are all lies. These are legal activists who are our friends, who hosted us while we were there and are respected, long time human rights defenders from legal organizations like the National Federation of Sugar Workers, Gabriela, Bayan Muna, Kilusang Mayo Uno, Teatro Obrero and Teatro Bungklal in Bacolod. If Duterte's Memorandum Order 32 was genuine in targeting the causes of lawless violence in Negros, then the police and the military would be arresting themselves, the death squads they direct, and the landlords and corporations who wield gunmen and private armies."

The Armed Forces of the Philippines dropped 500-pound bombs on civilian communities on October 26, 2019 and days later, on October 31, authorities conducted mass arrests of leaders involved in rights groups who have been critical of the Duterte government. Among those arrested include farmers, trade unionists, women’s rights activists, a journalist, and 14 minors. 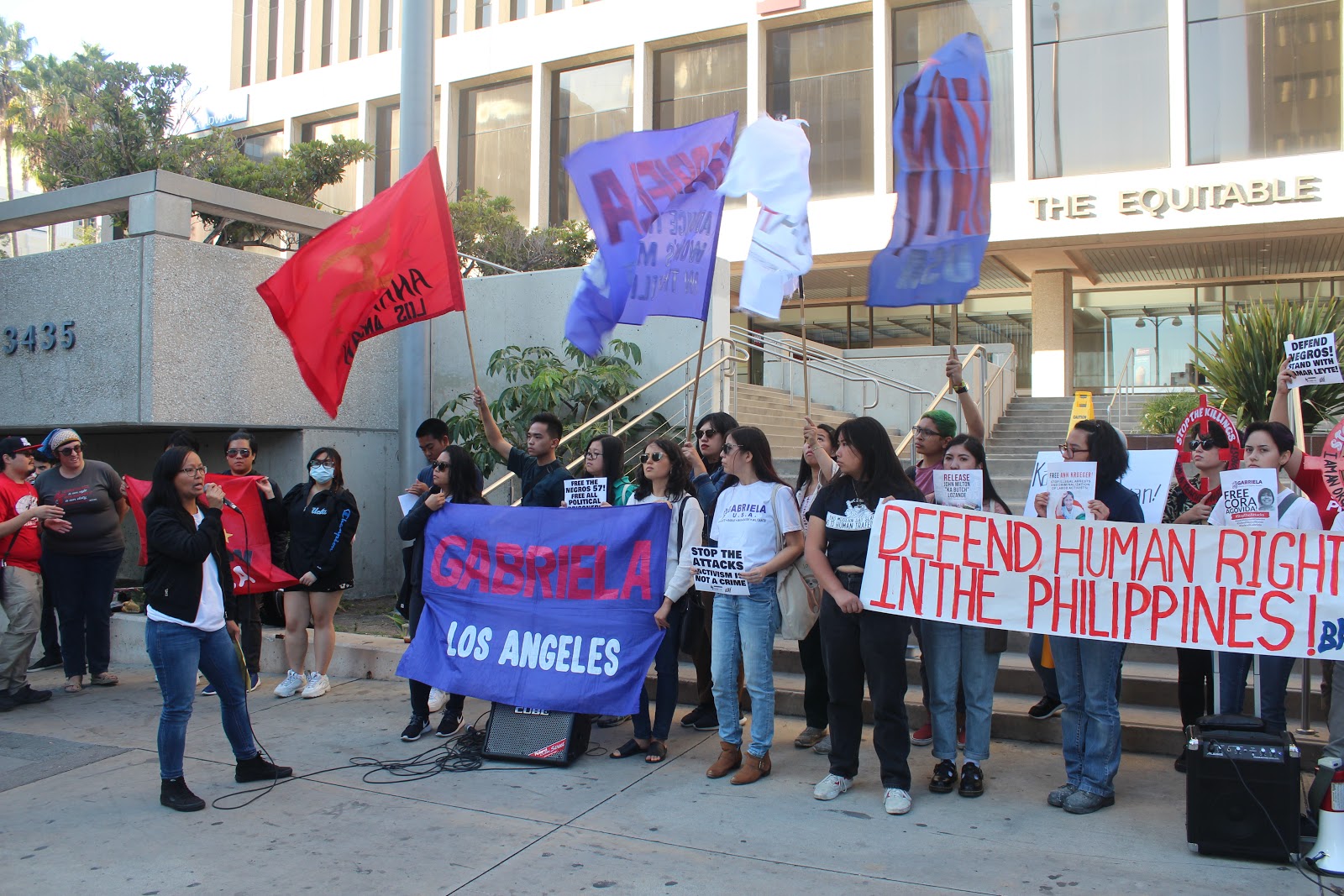 Terrie Cervas, the secretary-general of GABRIELA USA spoke against the violent arrest of GABRIELA Manila Chairperson Cora Agovida: "Imagine you were at home asleep and then suddenly were woken up by state forces that broke into your home, told you to get onto the floor, and pointed guns at you and your children. Then they search your home and plant evidence, falsely accuse you of being a terrorist and separate you from your children. This is what happened with Cora and her family. We're here to condemn the false charges and demand the release of Cora and all who were arrested in the mass raids targeting well respected leaders last Thursday."

The protestors are among the growing number of political leaders and advocates concerned about human rights violations under the Duterte administration, including Speaker of the House Nancy Pelosi and Congressional Asian Pacific American Caucus Chairwoman Judy Chu. 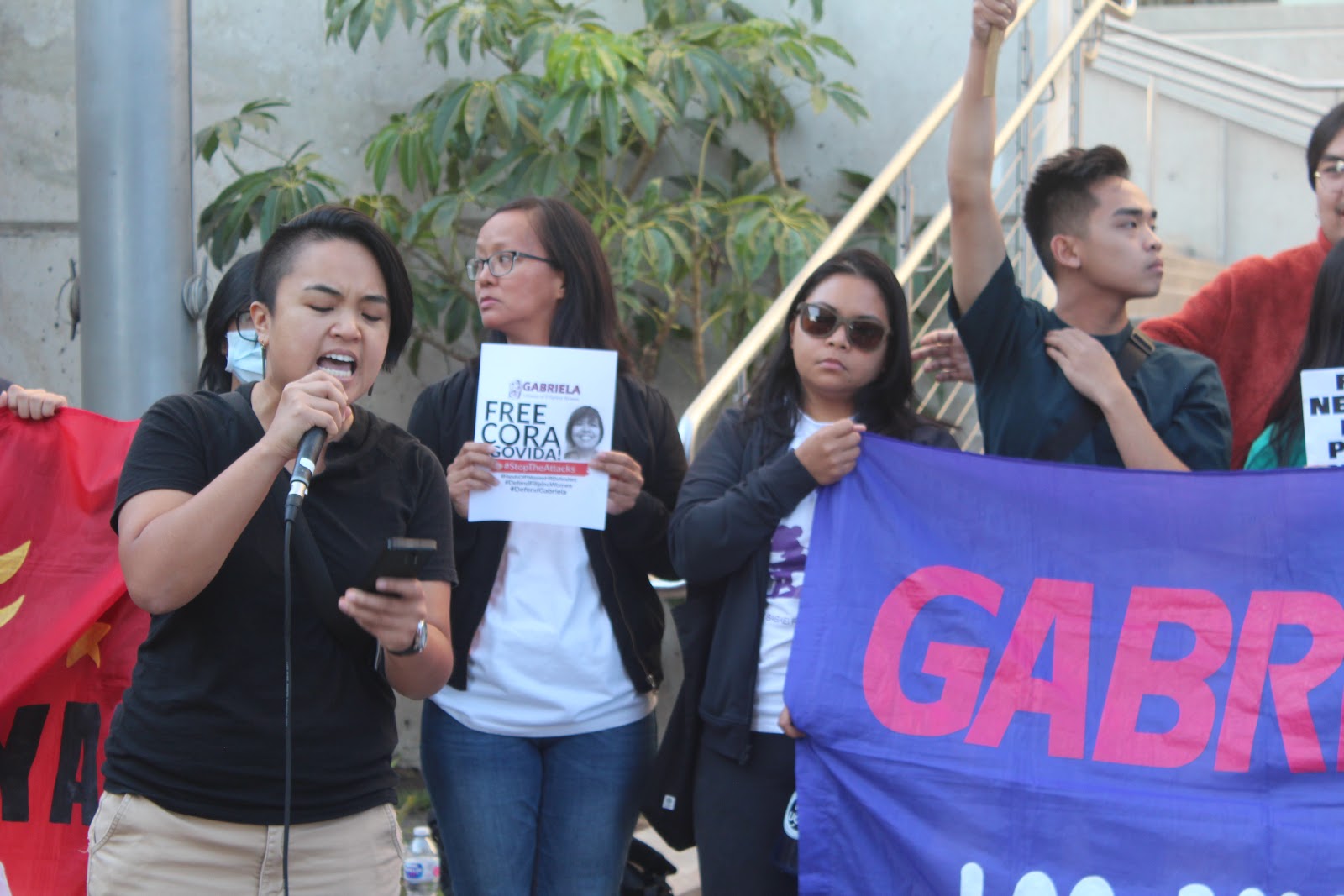 Nikole Cababa, the secretary-general of BAYAN USA spoke against Duterte’s efforts to silence those that critical of his regime: “Instead of protecting the everyday Filipino farmer, peasant, worker, youth, Duterte has sentenced them with trumped up charges. How can poor sugarcane farmers and trade union workers afford to buy expensive explosives and firearms, when all they are demanding is their basic right to humane living wage and working conditions?  Duterte as Chief of the Philippine military and police has proven that he is not there to serve and protect the people and is only concerned about serving and protecting the richest 1%. His Oplan Kapantagan and Executive Order 70 are instruments of counter-insurgency that fail to distinguish between civilians and armed combatants. They are acts of desperation to use state violence on the people - arresting critics and opponents, and assassinating the rest.  We demand the immediate release of all 57+ unjustly arrested and all political prisoners. And we will do everything we can to support the movement to end the exploitation and corruption that impoverish our people in the Philippines.” 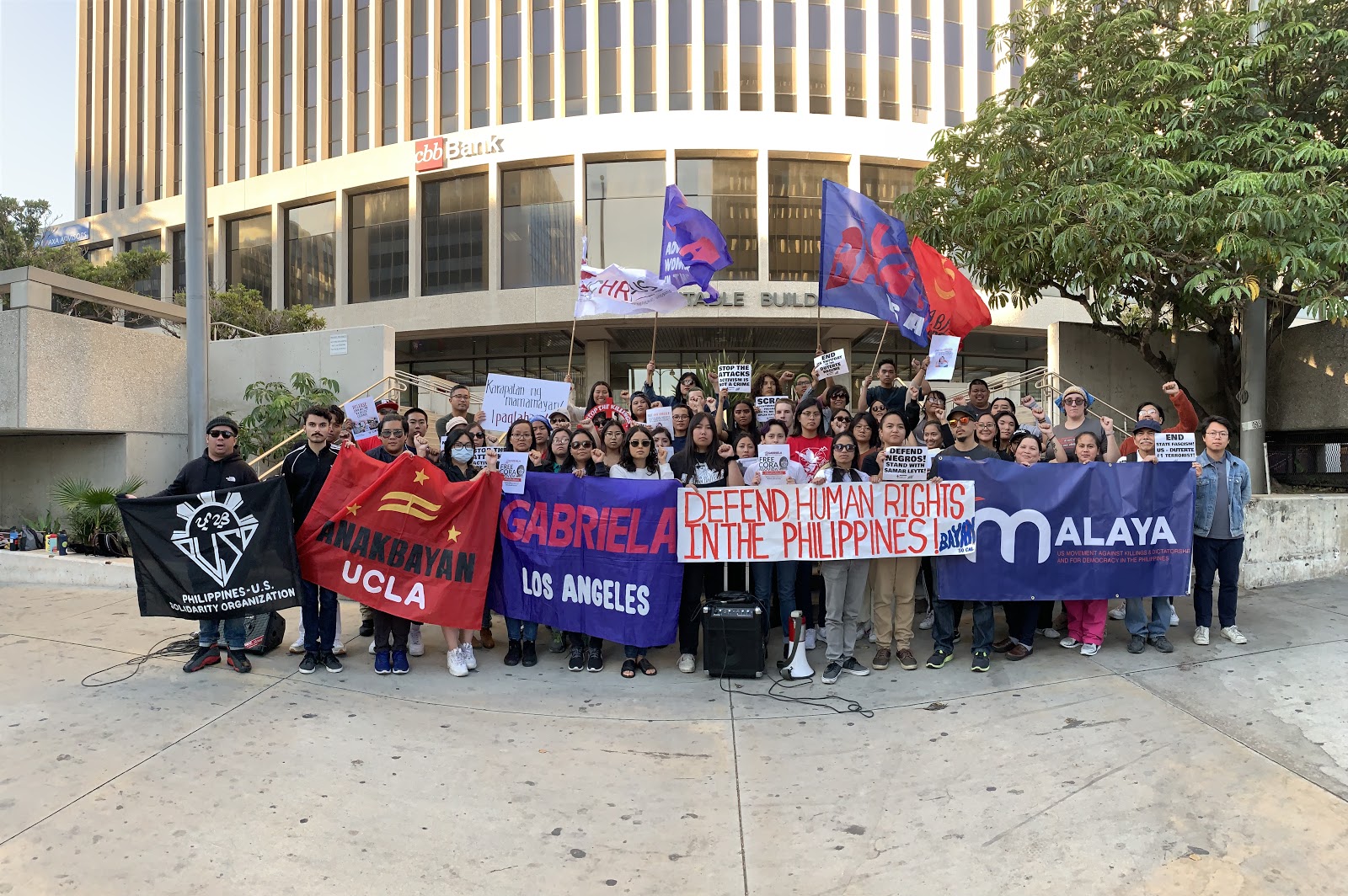 The hearing for those arrested is expected to take place today, Monday November 3, in the Philippines.